Being a plant geek, I’m always on the lookout for new plants. At the same time I’m drawn to what’s not necessarily new, but just plain cool, and in my opinion overlooked by too many of my fellow gardeners. So with those thoughts in mind, here’s a look at what I’m diggin’ now. 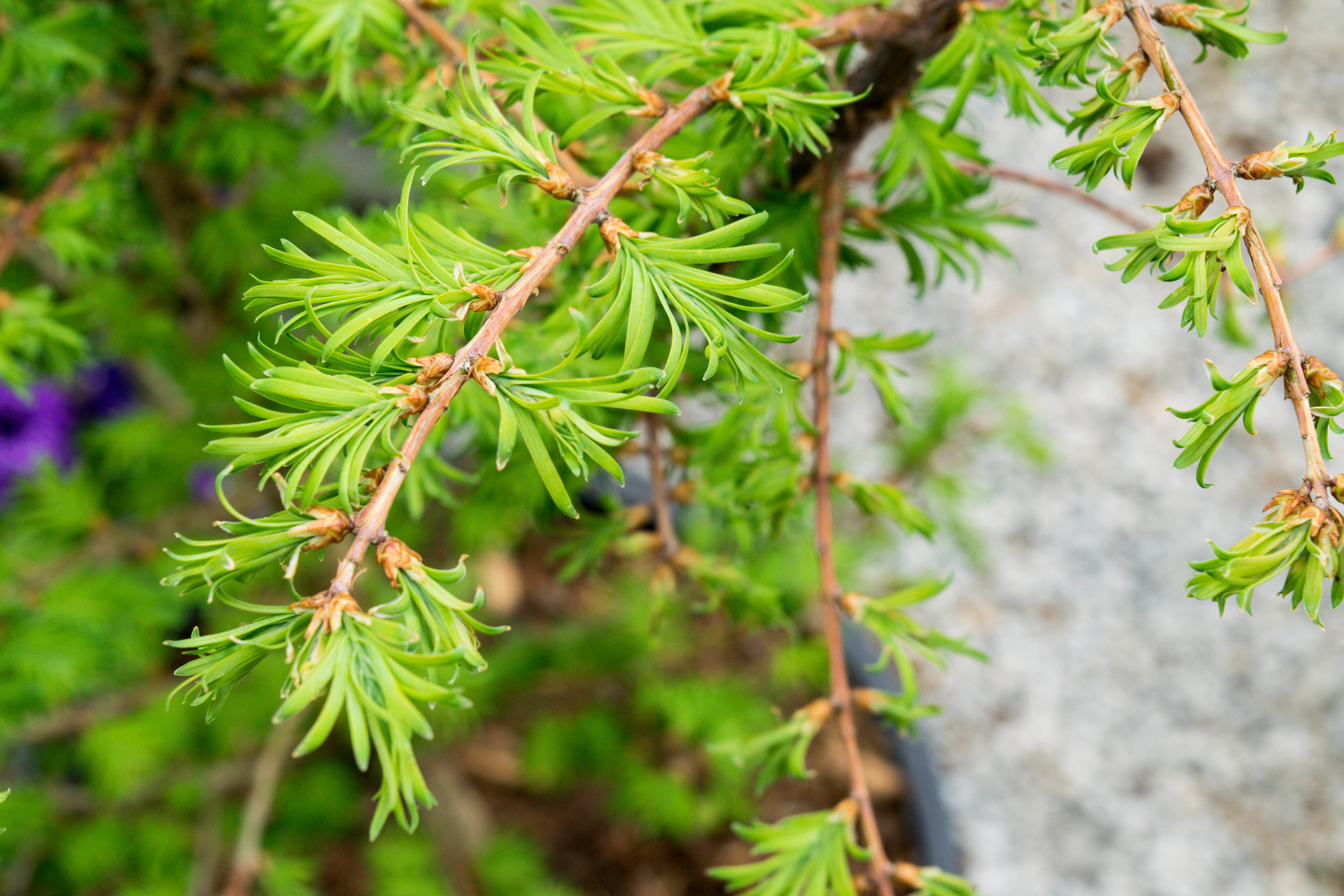 Leading the pack is a new Metasequoia called ‘Hamlet’s Broom Dawn Redwood.’ This is one of the most interesting new introductions in years, and for plant collectors or anyone who loves deciduous conifers, this is a must have beauty. For starters, it’s a dwarf, growing to maybe eight feet in 10 years (the species can reach 100 feet or more!). Beyond that, it produces creamy white variegated foliage in spring that fades to bright green in summer, then golden yellow in early fall and finally russet just before leaf drop in winter. Add to that its shaggy orange bark and you’ve got a perfect specimen ideally suited to any garden. Best grown in sun to part shade. 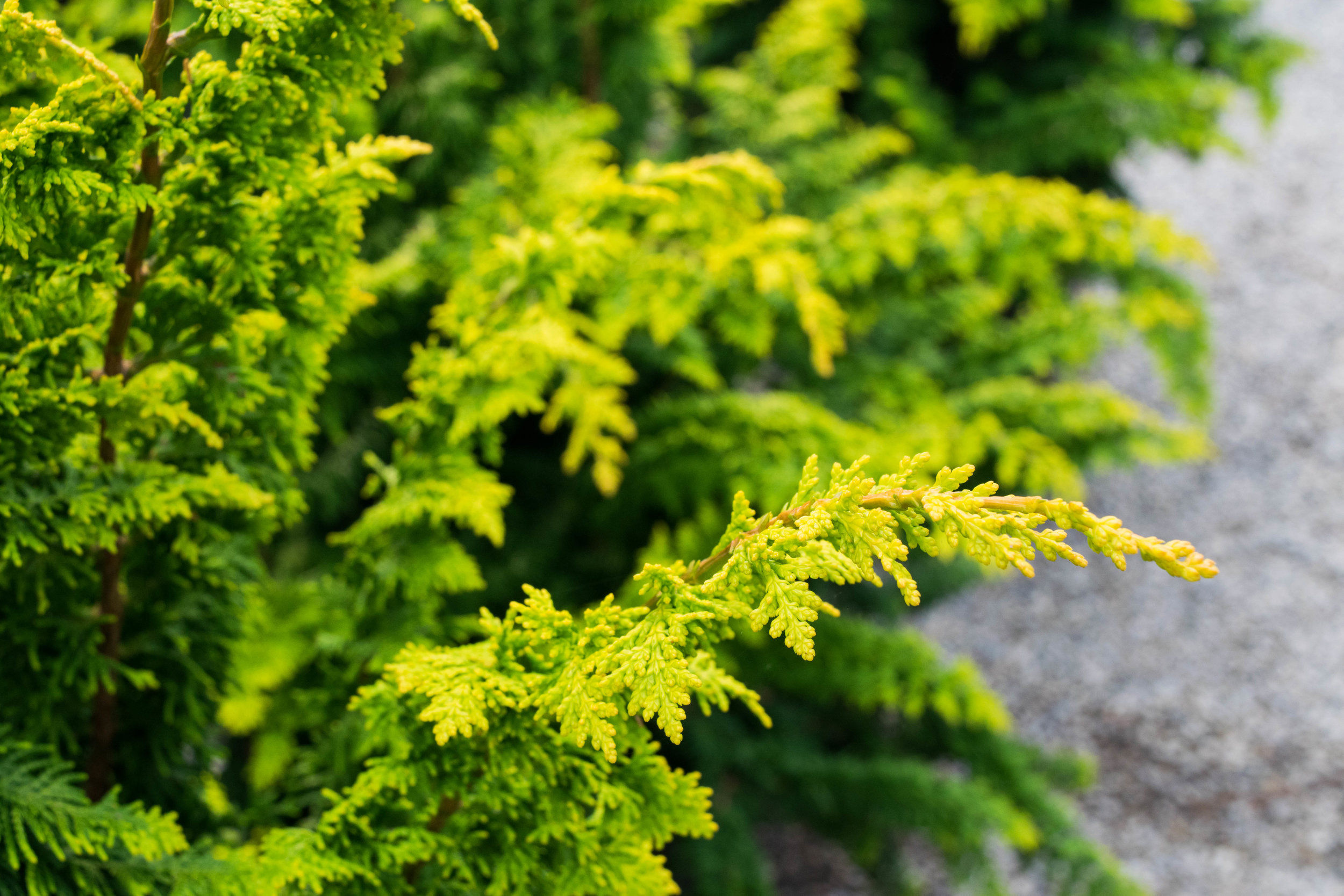 Another killer conifer is Fernspray Gold Hinoki Cypress. It features classy, arching sprays of golden, fern-like foliage. This evergreen will grow to about 12-feet tall with a spread of roughly eight feet. It too grows best in sun, but really needs afternoon shade in this area. Give it ample moisture to produce the brightest color. 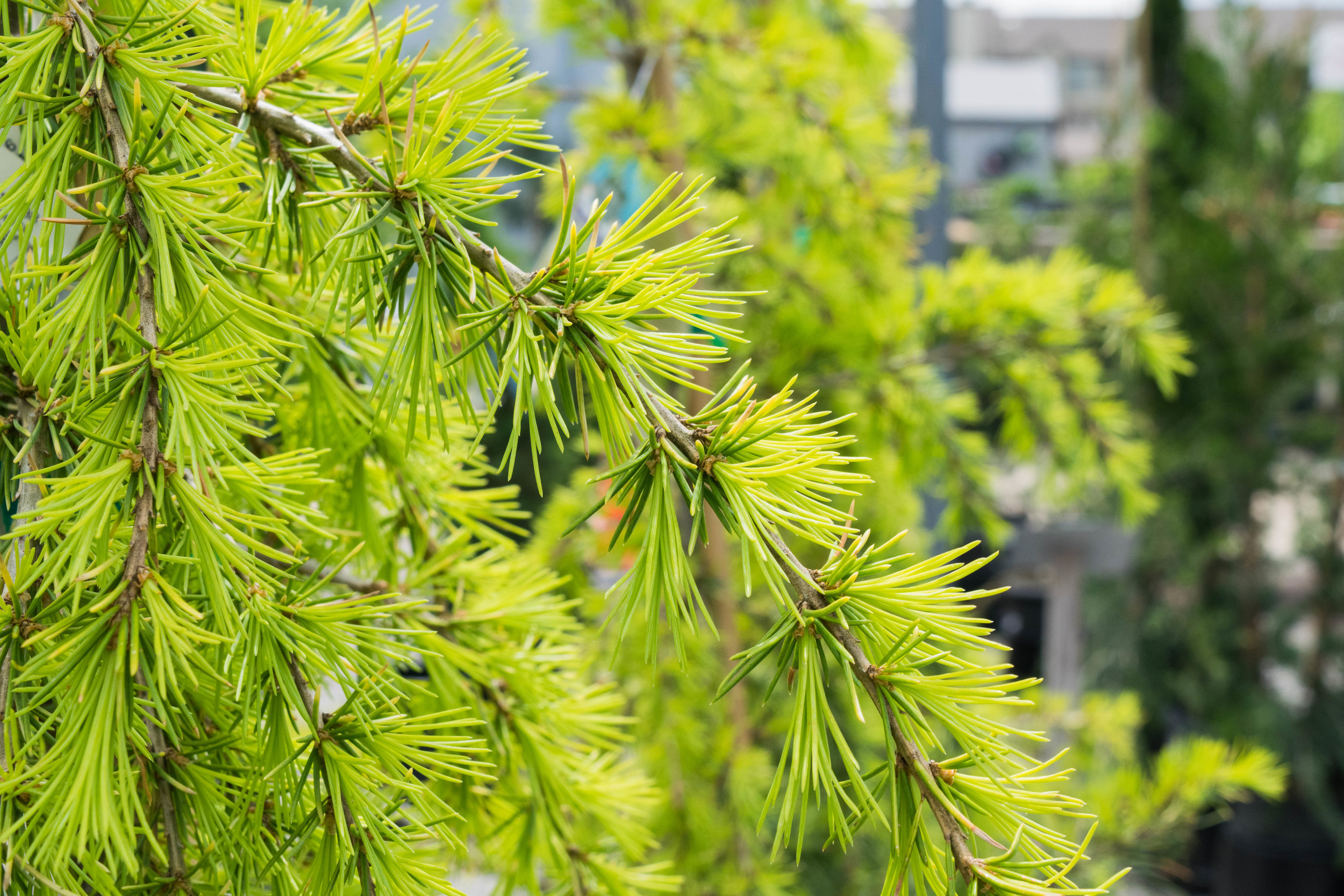 Rounding out the conifers is the evergreen Golden Deodar Cedar. This stately beauty will slowly grow to maybe 30-feet tall and half as wide. It holds it golden color throughout the summer, and makes a dramatic specimen or privacy screen. 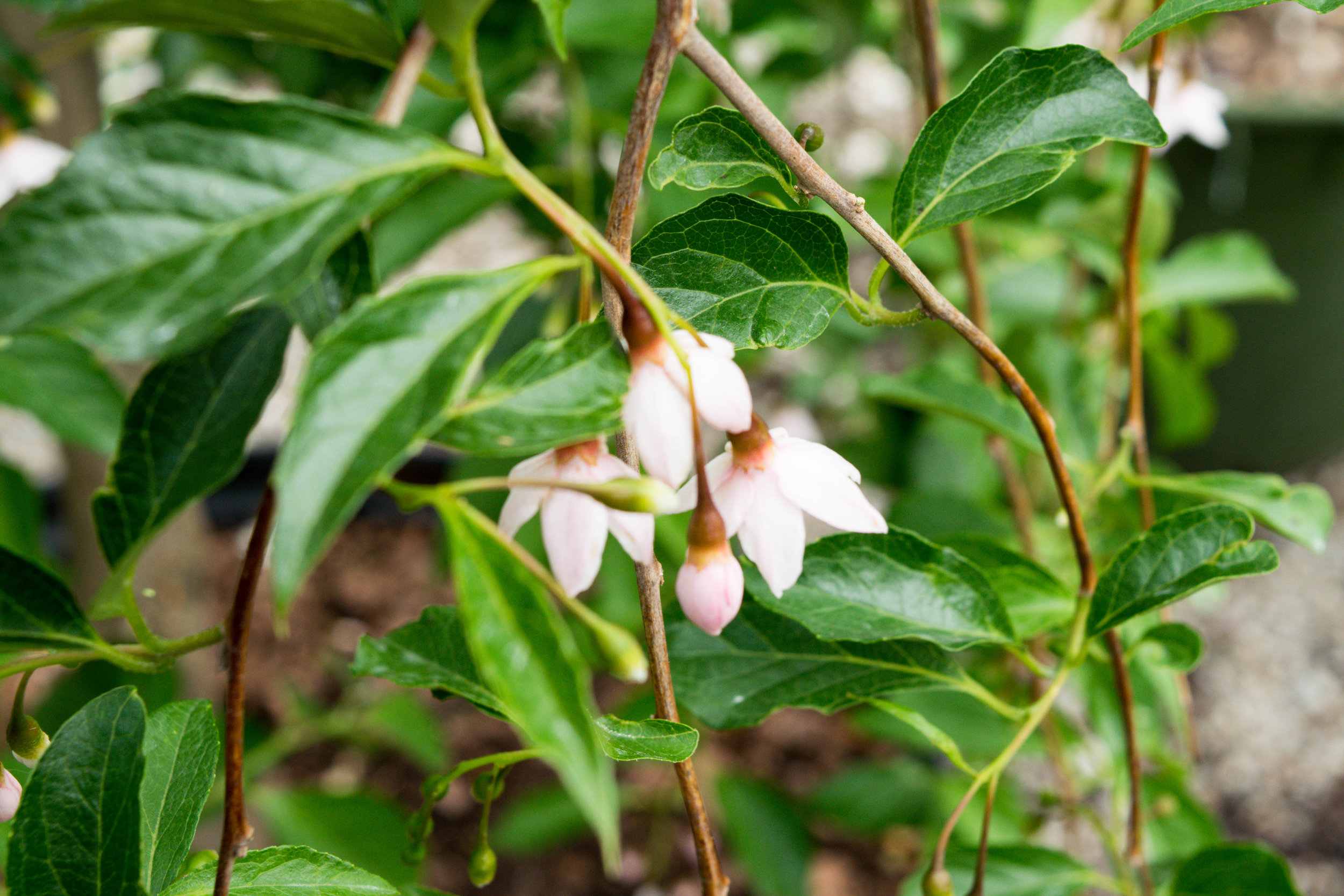 Among deciduous trees, I’m sold on the Japanese Snowbells, and one in particular that’s caught my eye lately is a weeping form called ‘Marley’s Pink.’ It tops out at around 12 feet, and features dozens of cascading branches covered in pink bell-shaped flowers in spring. This is truly a conversation piece, one that would make an ideal specimen in a sunny to partly sunny spot. 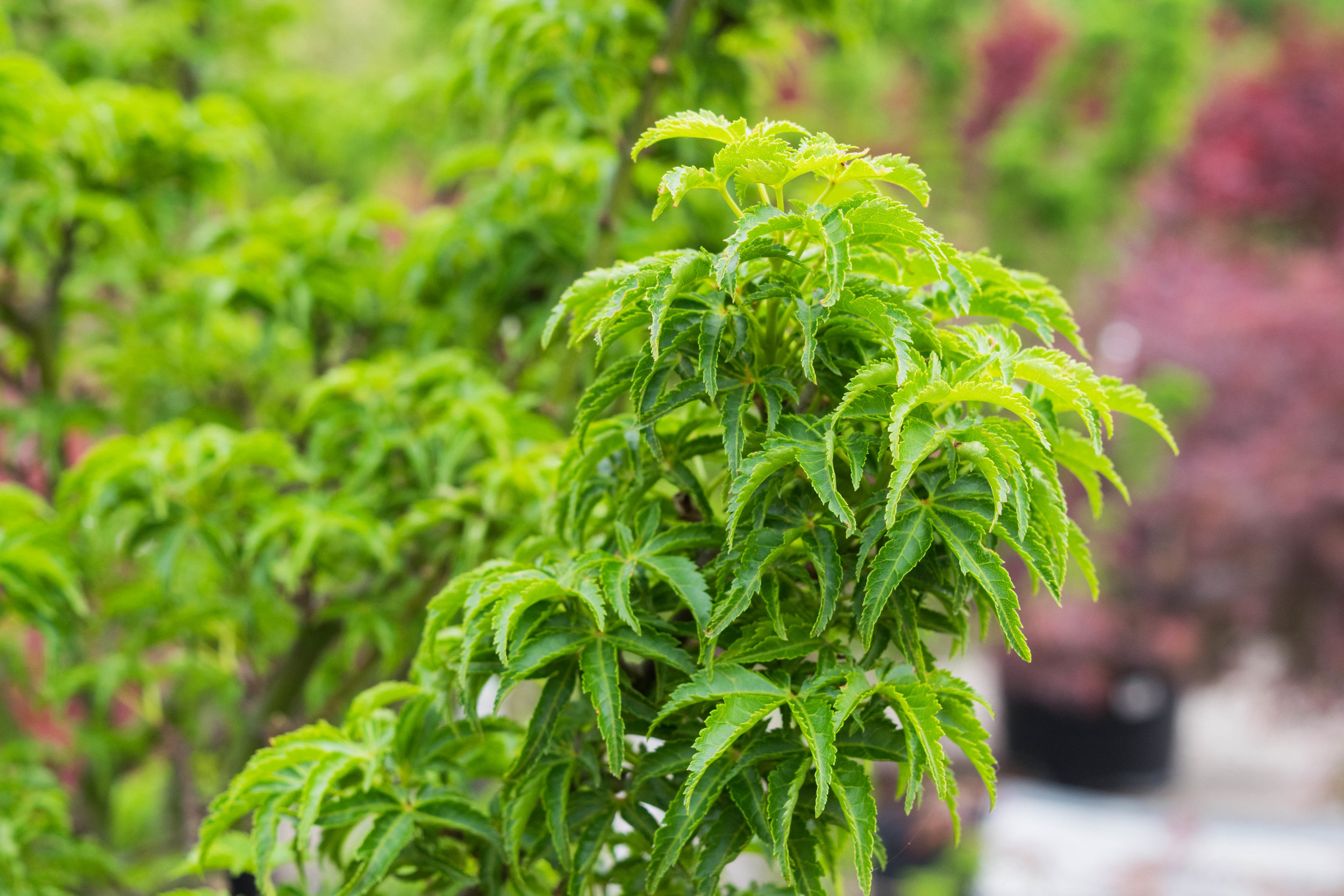 And speaking of trees from Japan, the maple known as ‘Shishigashira’ is my favorite of all. Known as the Lion’s Head maple, this small tree truly is a head turner. Its unusual, heavily curled leaves give it a texture unlike any other Japanese maple, its dark green leaves turn yellow and purple-red to orange-red in fall. This stunner is great for small gardens, as it slowly grows to maybe 15 feet. Perhaps best of all, it can take a little more sun than most of its cousins, although afternoon shade is still a must. 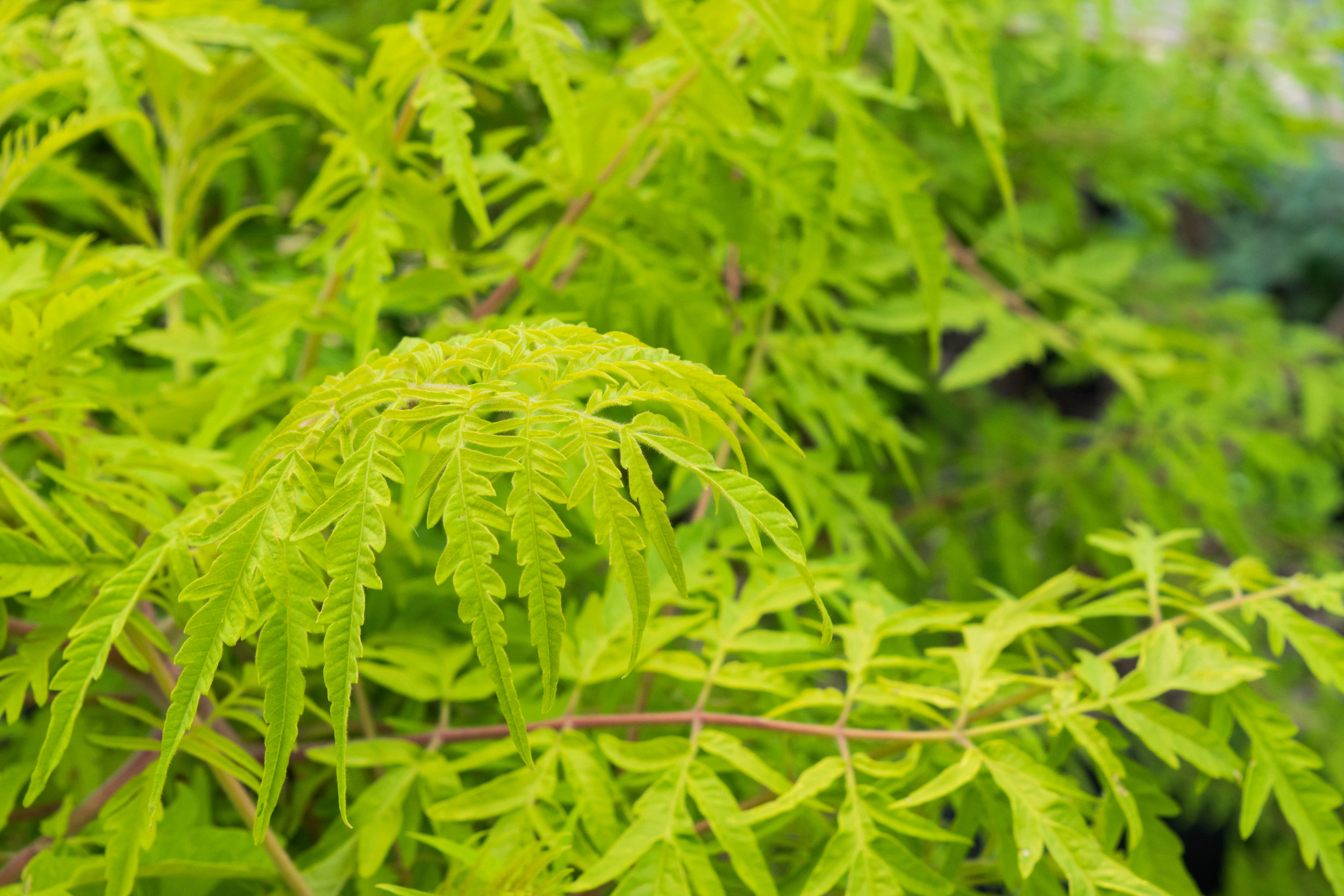 Wild sumac gets a bad rap because it can spread like wildfire, but ‘Tiger Eyes’ is better behaved and absolutely beautiful. Growing to about eight-feet tall, this variety features purplish-pink stems that contrast dramatically with its lemon-lime foliage. And once fall rolls around, get ready for a jaw-dropping display of yellow, orange, and scarlet leaves. ’Tiger Eyes’ needs full sun and regular watering. 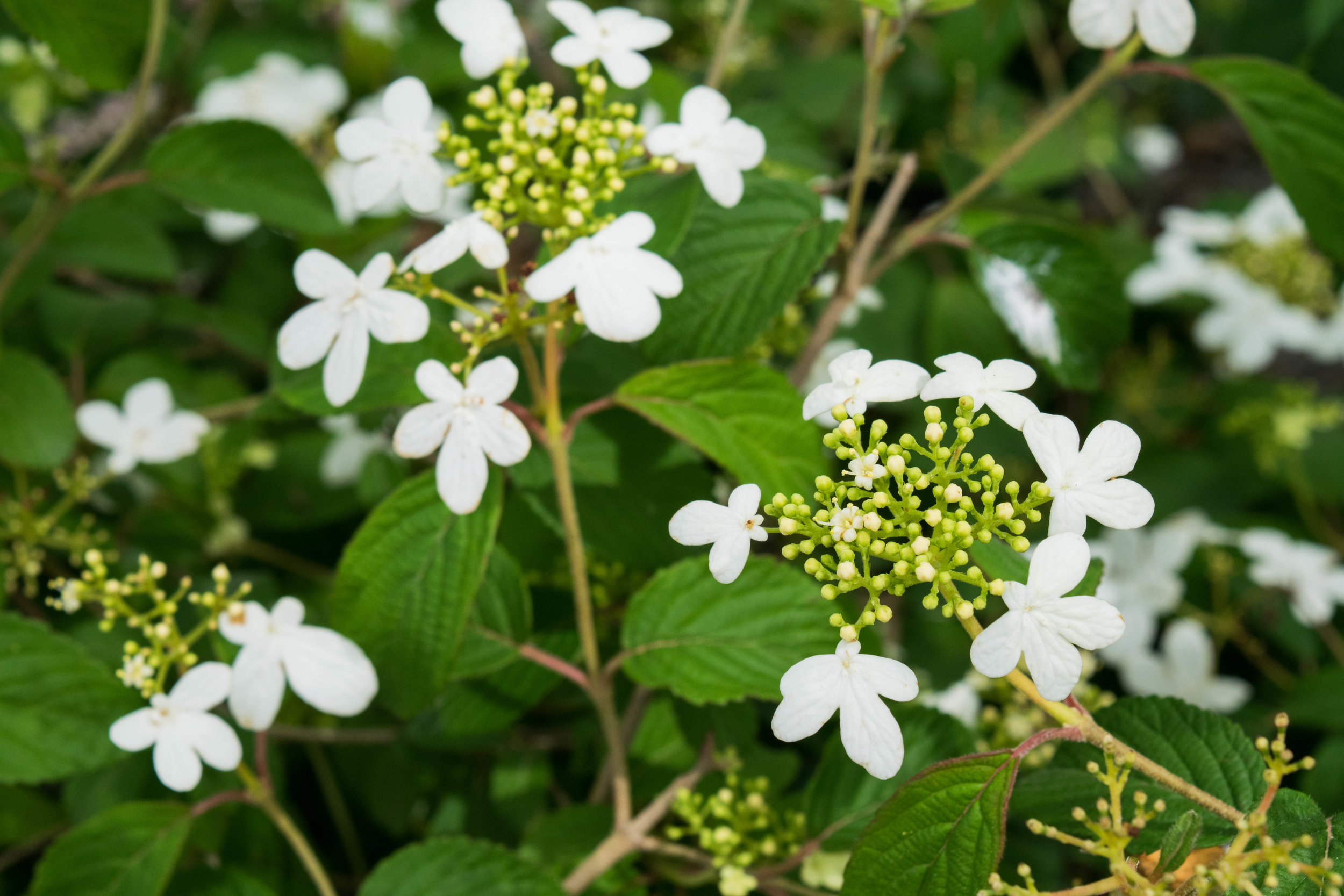 Viburnums were once in the same genus as Hydrangeas, but several decades ago botanists decided they deserved their own spot in the world of plants. I’ve always loved them, and often wondered why they aren’t more widely planted. A good starter for folks unfamiliar with them is ‘Summer Snowflake,’ a spring-blooming deciduous shrub the gets four-feet tall and wide and produces white flowers all summer long. Its green foliage turns bronze-red in fall, and it forms red fruits that birds gobble up overnight once they’re ripe. Plant in a spot that gets morning sun only, or in filtered light. 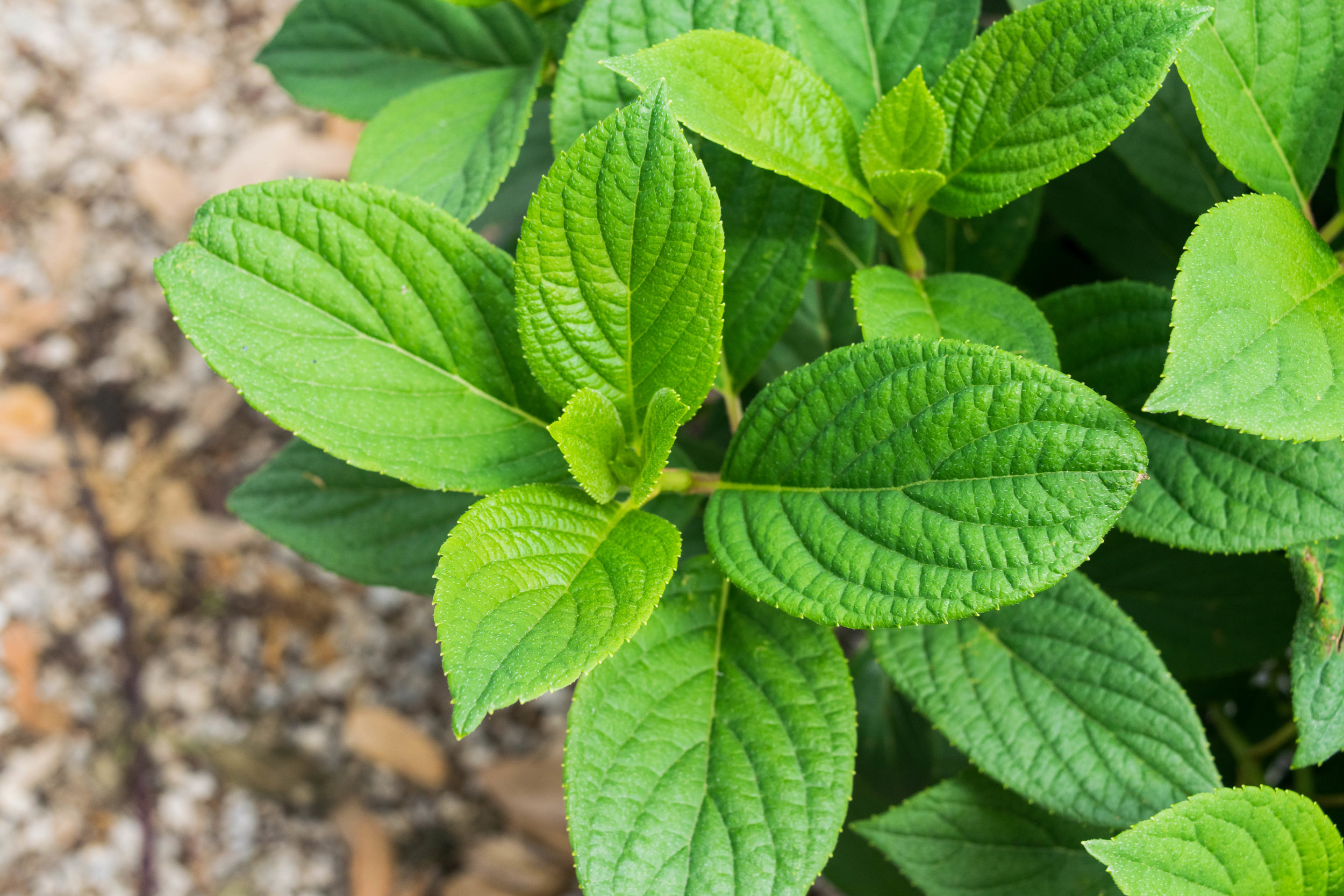 Finally, I couldn’t resist including a Hydrangea, in this case a dwarf form called ‘Little Quick Fire.’ Growing to roughly four-feet tall and wide, this deciduous shrub produces showy white blooms on new wood that slowly turn to pinkish-red in summer. Its leaves are smaller than most other Hydrangeas, and in proportion to its overall size. Morning sun followed by afternoon shade is the perfect spot for planting, although filtered light throughout the day is fine too.