I don’t just love Japanese maples. I adore them. Have for decades. To me, they’re the most beautiful of all trees. Interestingly, although they appear delicate, they’re actually tough as nails, and rarely suffer from pest or disease problems. I don’t think I’m going out on a limb when I say every landscape should have at least one of them.

Japanese maples grow extremely well in this area, assuming they’re planted in the right location. That generally means a spot that gets just a few hours of morning sun followed by shade the rest of the day, or dappled light throughout the day. That can be a challenge for many homeowners, so your decision as to which one to buy may come down to this: red-leaf varieties will color up best when they get morning sun, whereas green-leaf varieties will do fine in all-day shade. If all you’ve got is all-day sun, plant something else. Sorry.

Ideally, the soil should hold moisture but drain well, but I’ve grown Japanese maples successfully in fairly heavy soils as well by planting them such that at least a third of the rootball is above grade. They thrive in acidic soils, witnessed by the fact that they’re often combined with azaleas, but they’re happy in soils with a near neutral pH.

Try to plant them in an area that’s protected from hot summer winds to avoid leaf scorch. And during the first two years after planting, keep them well watered. Once established, Japanese maples are fairly drought tolerant, but it’s best to give them a deep soaking once a week, especially during the summer months.

Japanese maples make stunning specimens in the landscape, and the choices available – in terms of size, shape, and leaf color — are staggering. There are upright and weeping forms. There are varieties that can reach 25-feet tall or more and others that top out at only three or four feet. In addition to red and green leaves, there are those with yellow to orange leaves (which may turn green in summer). And the fall color of nearly all Japanese maples borders on the spectacular.

One more thing to keep in mind: You can also grow Japanese maples in containers. And because they actually prefer to be somewhat pot bound, you don’t need an especially large pot. I’ve been growing three different varieties in 18-inch pots for over eight years now, and they look great.

And finally, just in case I haven’t convinced you in words to plant a Japanese maple at your place, perhaps these pictures will change your mind. 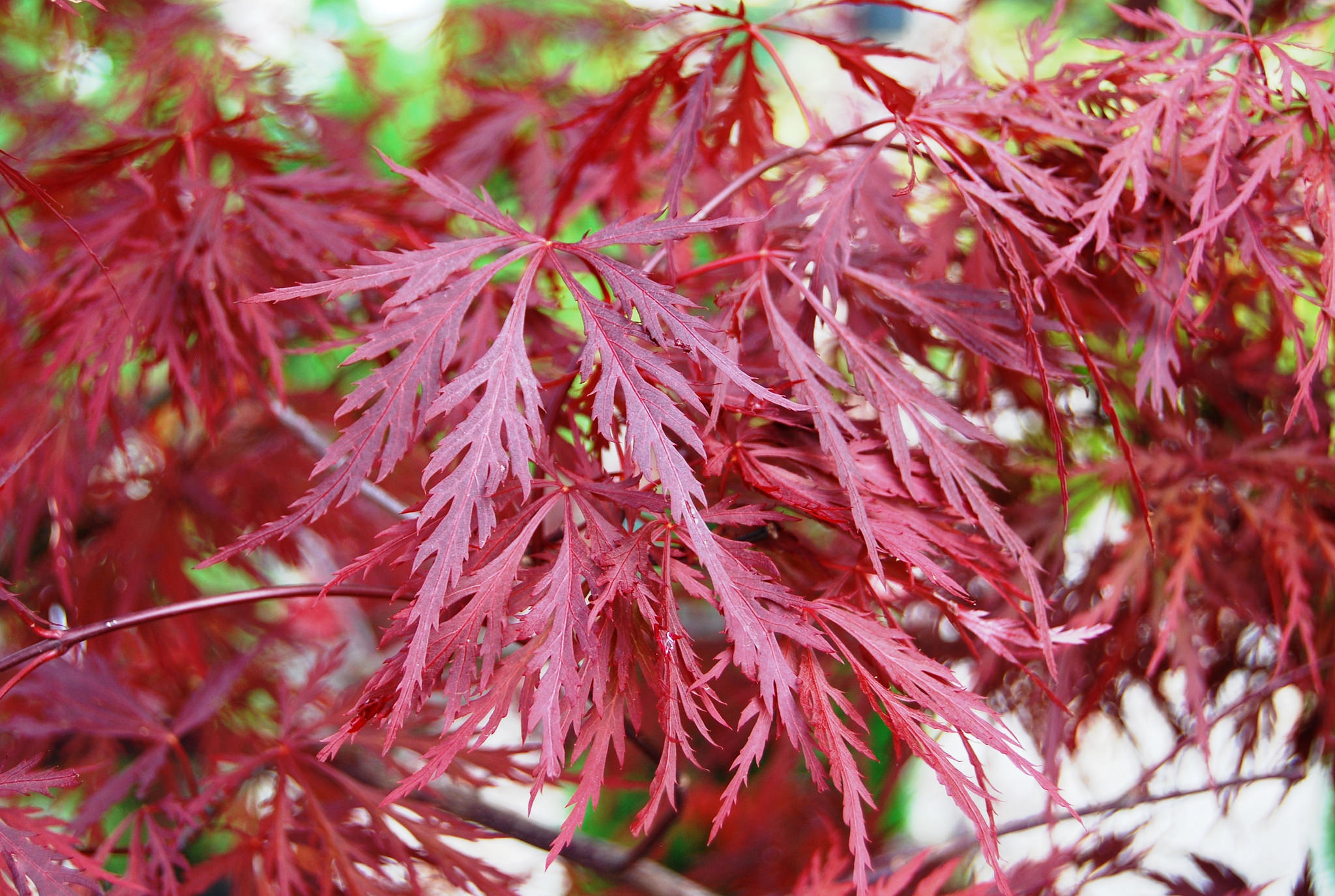 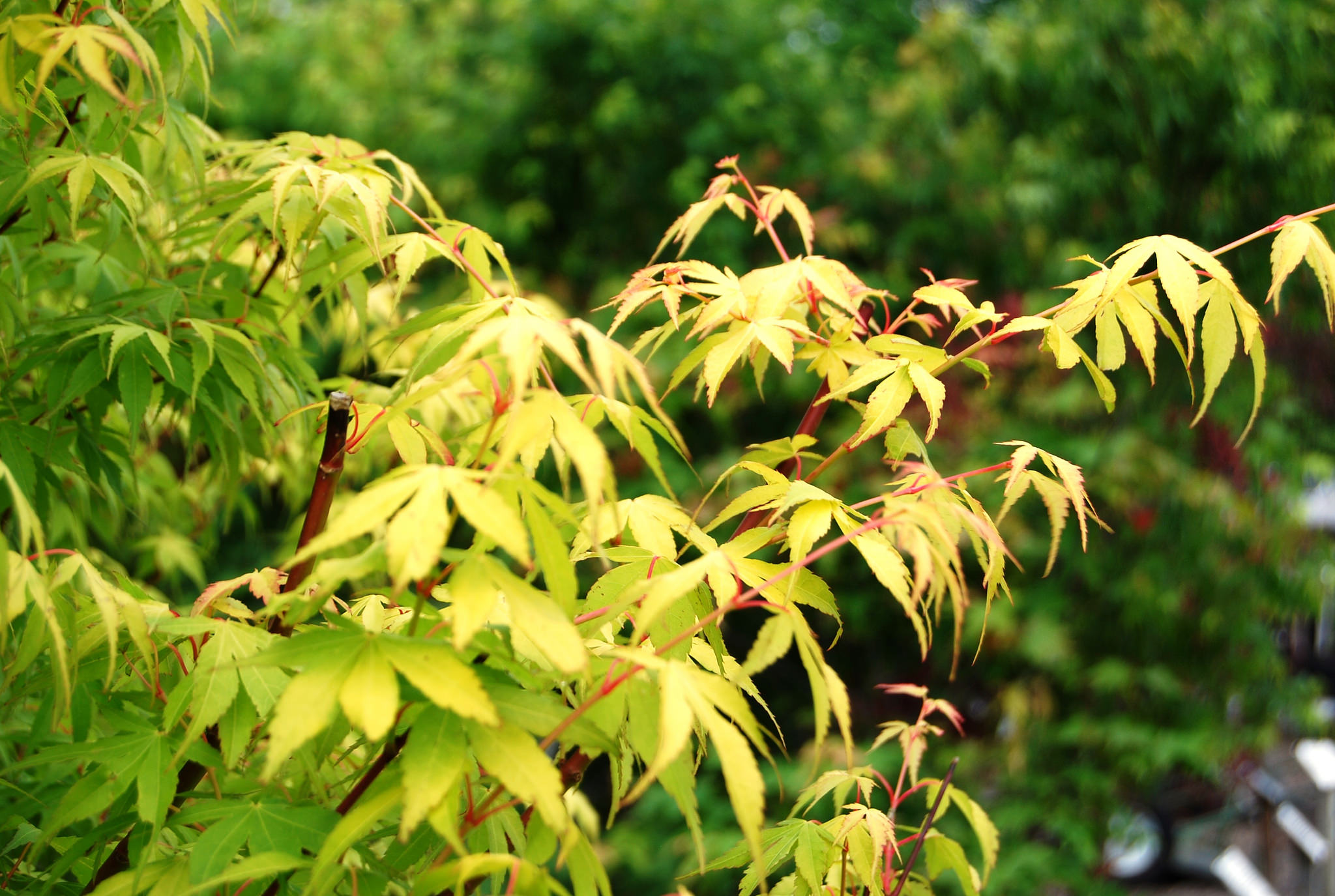 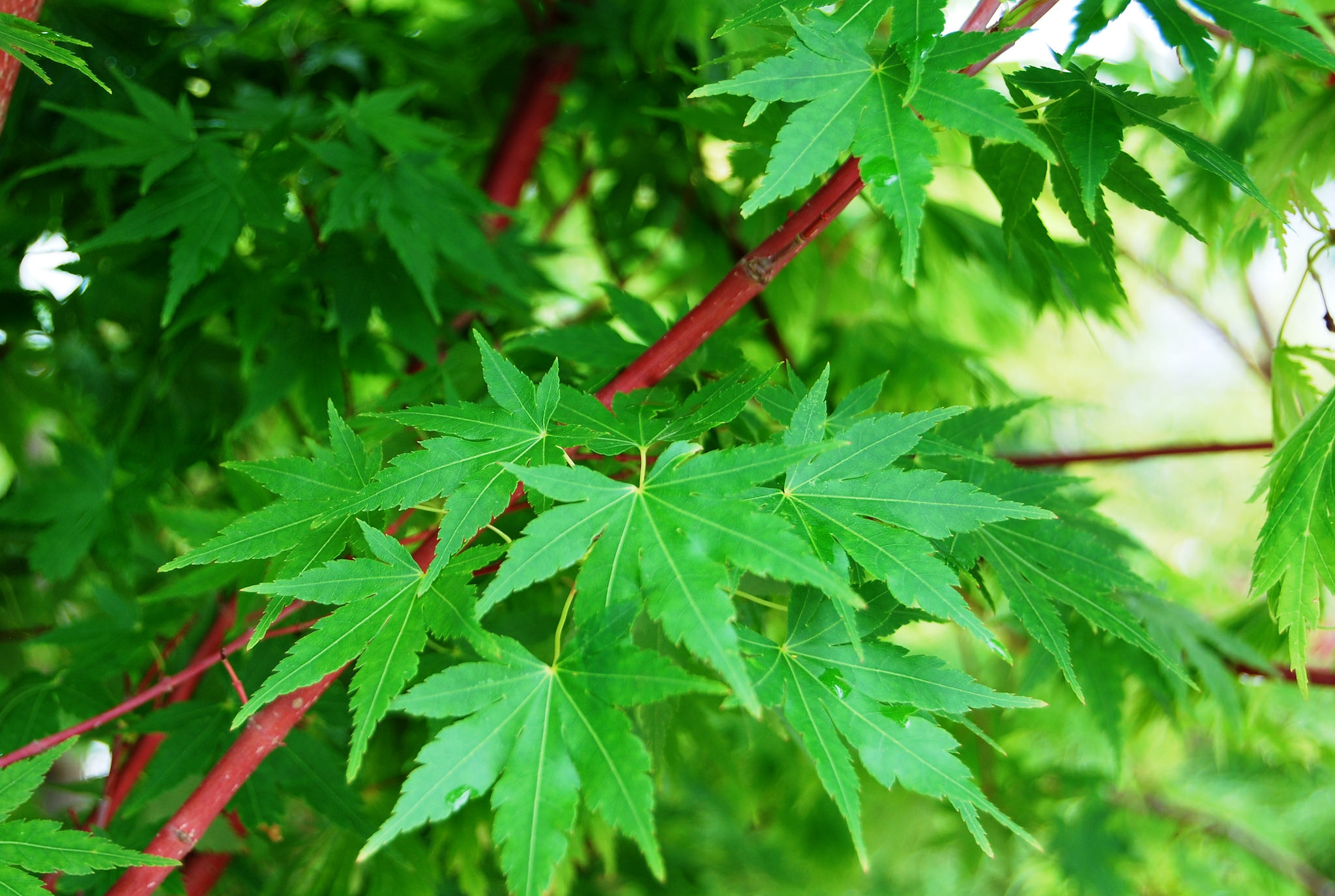 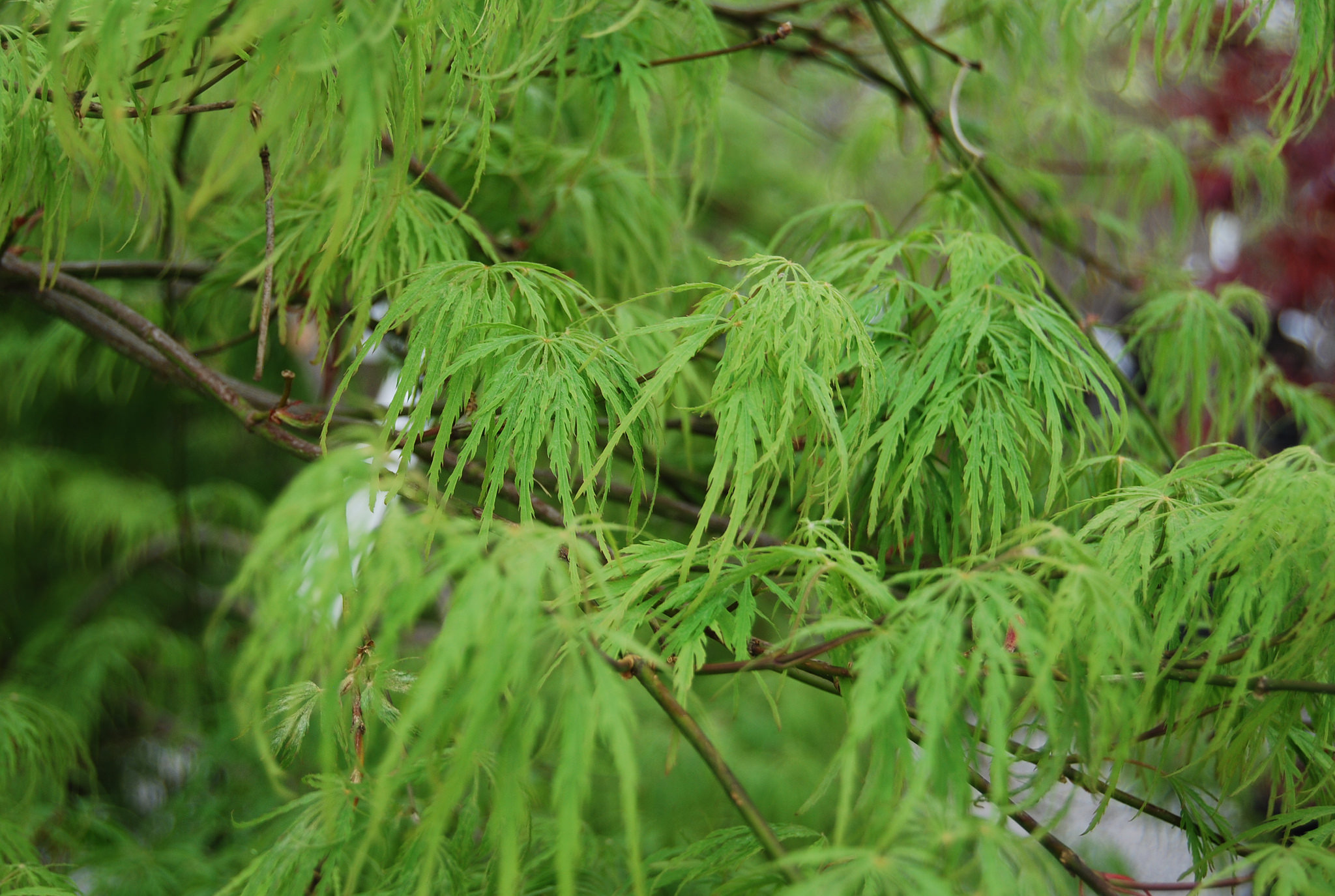 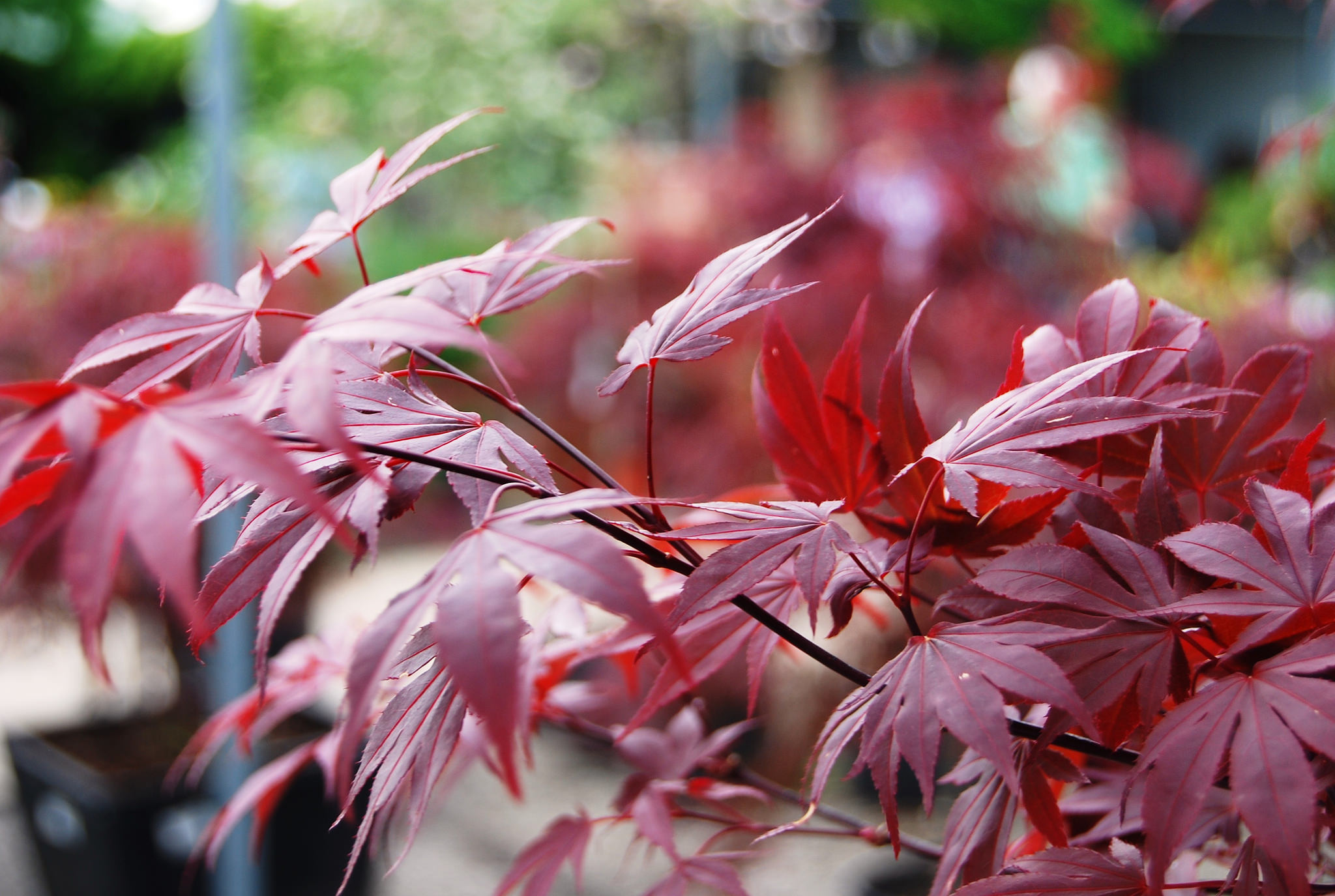 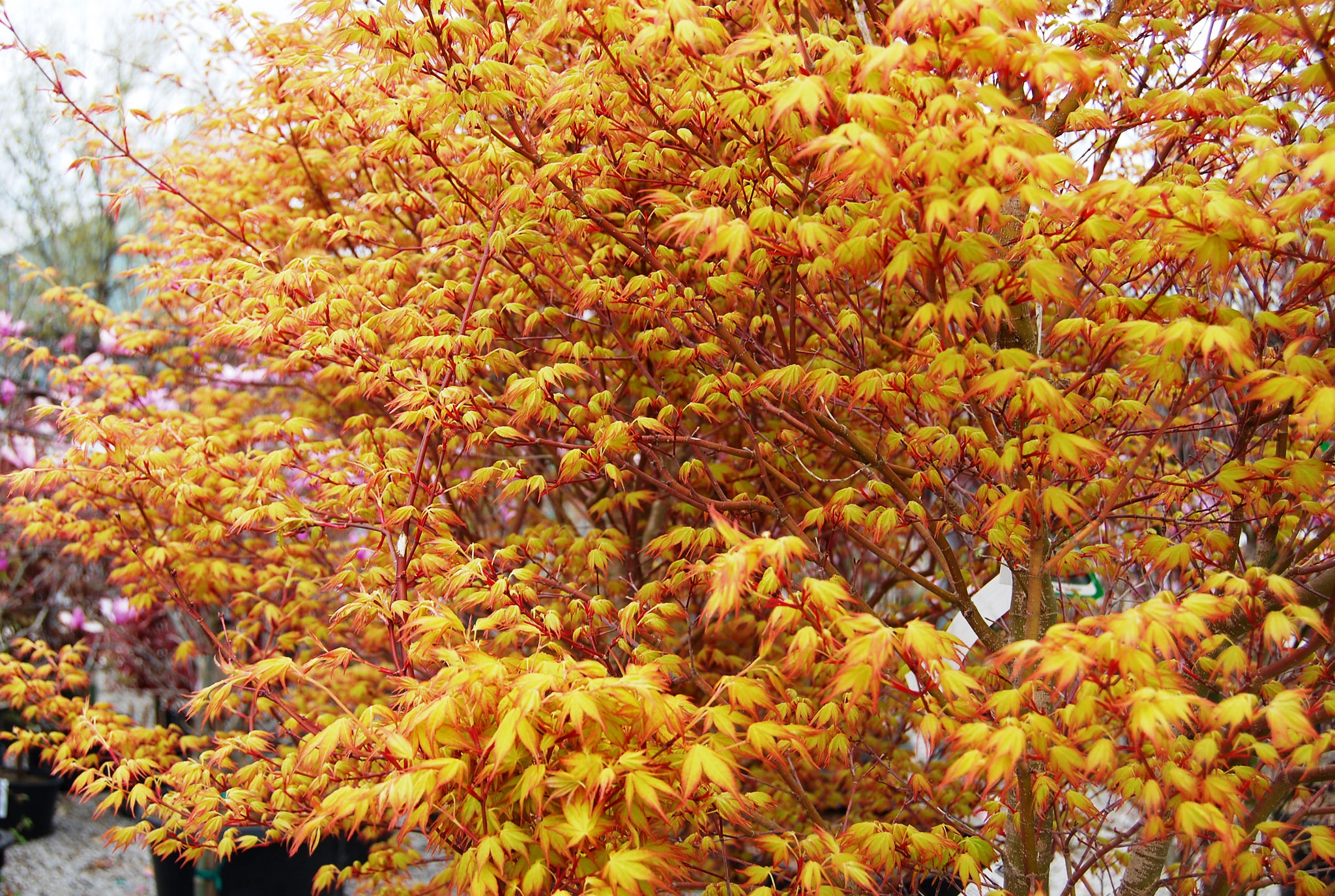